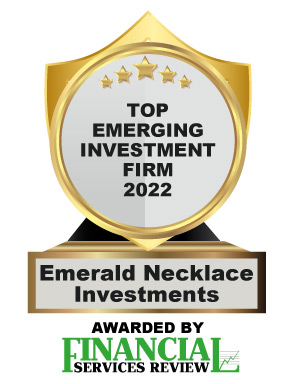 Doug Hanly, Chief Investment Office
For Doug Hanly, the path to establishing a hedge fund started while coaching college soccer at Harvard University. It was October 2015, and Doug, a Volunteer Assistant Coach, and Head Coach Pieter Lehrer chatted while scrubbing soccer balls and prepping equipment in the Harvard soccer office. Pieter made a promise to Doug that would be the first step in a fruitful partnership.

Pieter said, “Doug, once you start your own fund, I will invest in it.”

Though 24-year-old Doug started his investment career at Mass General Brigham’s endowment fund, he did not have his own investment fund.

Doug took his financial prowess to Washington University in St. Louis’ endowment fund. There, his job included meeting with and evaluating investment managers as well as thoroughly analyzing their investment portfolios. In the back of his mind, however, Doug kept thinking about Pieter’s promise.

Over the next few years, Doug formed a solid understanding of the factors that lead to fund success. He formulated an investment strategy that incorporated the best parts of every manager he evaluated. He decided to launch Emerald Necklace Investments and spent the next year incubating the strategy, building the firm’s infrastructure, and receiving feedback from institutional investors.

The same year Doug started his hedge fund, UCLA Anderson School of Management offered him a scholarship to attend their world-class business school. As a member of the Student Investment Fund at UCLA, he used his hedge fund’s investment strategy to generate the highest returns of all time.

Upon graduation, Pieter invested his entire retirement into the fund. Doug also attracted the seed capital from the portfolio manager of a $25+ billion endowment. He was named a rising star by the Los Angeles Business Journal and the fund was named as one of the most disruptive companies in the country by Poets & Quants.

“It is difficult to keep a business simple, block the noise, and stay razor focused on delivering value.
This is what Doug is good at.” Says Trish Halamandaris, who leads the UCLA Anderson Venture Accelerator program.

Despite his success, Doug stays focused on the details of his daily process.

After a busy day, Doug clears his mind and stays grounded by exercising at his local yoga studio.

At night, Doug works on several broader initiatives to give back. He is seeding a Global Emerging Managers Fund, a program that provides the opportunity for diverse individuals to gain experience managing live capital and gain mentorship. For this, he is collaborating with the CAIA Association and the Chief Investment Officer of a multi-billion dollar investment firm.

“Building diverse teams requires that industry leaders think differently to find new ways to identify and develop next-generation talent. Doug is doing just that by creating an innovative way to mentor students from underrepresented groups in finance while also offering hands-on investment experience,” said Deborah McLean, President of the CAIA Foundation and Global Head of Diversity, Equity and Inclusion at the CAIA Association.

Description
Headquartered in Boston, Emerald Necklace Investments ("ENI") is a premier investment firm. Based on its proprietary scorecard and algorithm, the company follows an inverted research model that helps source the best investment ideas from the best hedge funds through public filings. The model reveals the top five hedge funds and provides an idea pool of approximately 50 equities. The company then determines the top 25 equities, focused on small- to mid-cap companies ($1 to $10 billion market cap).